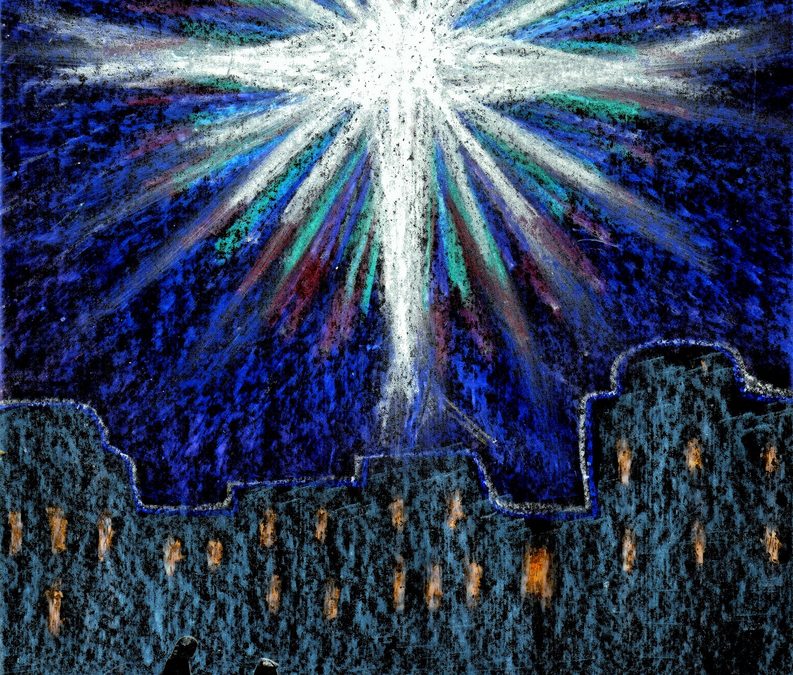 Did you know that Christmas is a season of twelve days and not just a one-day event?

Today, Dec 27, is the third day of Christmas, which means you can continue to celebrate Christmastide.

I’ve asked our amazing church staff to share their favorite Christmas carol, hymn, or song during this time. Today, we begin with Joy Bornhoeft’s choice and her thoughts about her chosen song.

One of my favorite hymns for this time of year is Beautiful Star of Bethlehem by Robert Fischer Boyce (1938).  Not commonly found in modern day hymnals, this hymn has been made popular by several country singers and is featured each year at the Hillbilly at Harvard Christmas Extravaganza.

Robert Boyce, who owned a small dairy farm just south of Murfreesboro, TN, wrote the hymn on a summer’s day in his milking barn.  He never considered the hymn a Christmas hymn, but rather a hymn of praise.  As such, it praises God for His guidance and our ever present light of hope – Jesus.

The first verse tells of the Star of Bethlehem, which “guided the wise men on their way, unto the place where Jesus lay.”  The second verse reminds us that, for centuries, the Star has continued to shine as “the hope of light, guiding the pilgrim thru the night, over the mountain till the break of dawn.”  And the last verse, proclaims the promise that the Star will continue to shine “for the redeemed, the good and the blest; Yonder in glory when the crown is won.  For Jesus is now that Star divine, brighter and brighter, He will shine – beautiful Star of Bethlehem shine on.”

I like the idea of this hymn – that the Star of Bethlehem is not limited to the Christmas story.  Rather, the Star represents God’s light, which has continued to shine since that first Christmas and still shines for us today.  And, since Boyce did not specifically write the hymn as a Christmas hymn, I can continue to sing it in praise all year long without feeling guilty about it!

You can watch and listen to this beautiful song being played by the Judds on YouTube: