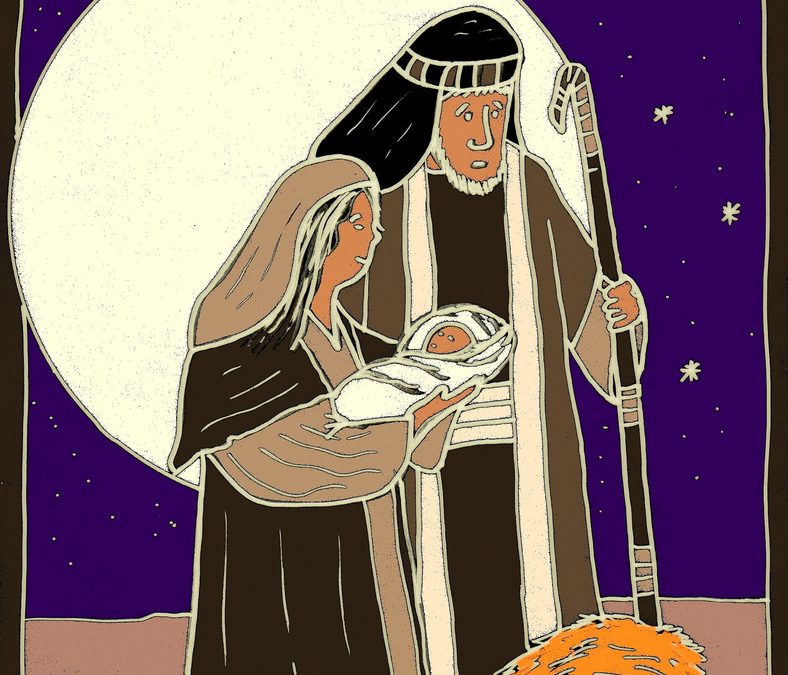 The first time I heard this beautiful modern Christmas Carol was at Fisherton Church in Dunure, Scotland, where I served as pastor for nine years. Our choirmaster Eric was originally from England and he introduced this hymn to the congregation. It became a favorite of many in our congregation and we looked forward to this carol being sung among us each year at Christmas.

Geoffrey Ainger, who wrote the carol in 1959, was a Methodist minister in England. The song was composed for a Christmas play that he had written for teenagers which placed the nativity story in a modern context. The writer wanted the teenagers to connect with the timeless message of Christ’s birth.

In the play, Joe and Mary are an unmarried couple who have arrived in London late one night at a bus station. They cannot find accommodation, so they use a room in a nearby garage, where Mary gives birth. The shepherds are bus conductresses and the wise-men are three off-duty social workers. The song conveys the hope that Christ brings into the world, especially to the marginalized, powerless, and poor.

If Christ was to be born again in my community, where would His birth take place? Who would be His parents, the shepherds, and the Wise Men?

Prayer: Lord Jesus, the humble circumstances of Your birth was no accident. You came to connect with the majority of people on Earth who are powerless and poor, marginalized and ignored. Teach us to accept this and then help us to do what we are able to make things better for all manner of people in our world today. In Your Holy Name, we pray. Amen.

Today’s image is another of John’s Nativity drawings called ‘Joseph’s Burden.’ If you would like to view a larger version, please click here.

You can watch and listen to a church choir singing today’s modern carol on YouTube: