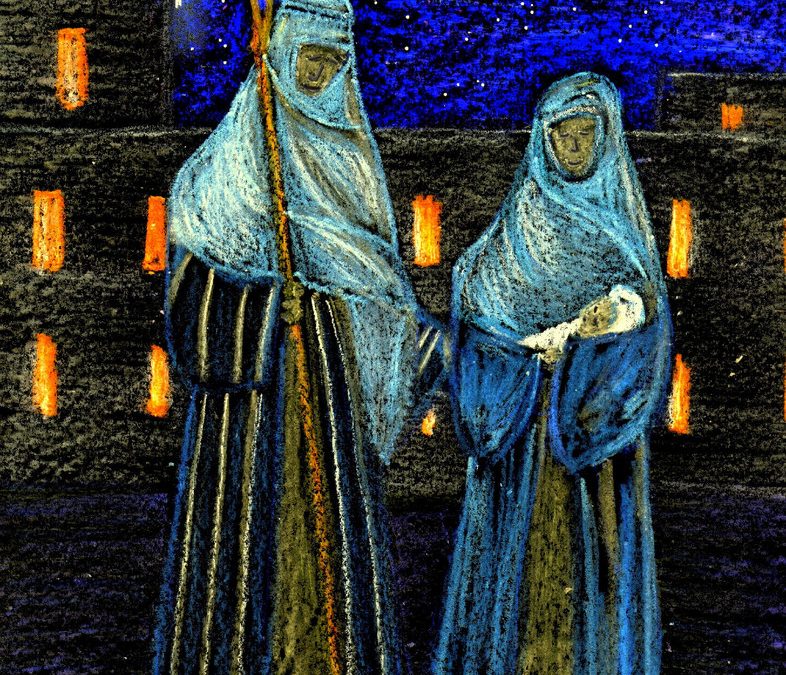 The origins of this popular Christmas hymn are unknown. The word ‘Noel’ (from the Latin ‘natalis’ – ‘birthday’) is French, so some scholars believe that it was written in France during the 16th century. In contrast to this, early music scripts of the hymn are associated with late 18th century Cornwall in England, where the word ‘Nowell’ is used to replace ‘Noel’, which can be found in most of our modern hymnbooks. Could it be that French smugglers brought this carol to the shores of Cornwall, sharing their illicit Yuletide brandy, as well as some festive songs during the Christmas season?

The hymn describes two Bible stories – the amazing angelic experience of the humble shepherds in the hills above Bethlehem on the night Christ was born, as well as the journey of the Magi from the East following the Natal star. Technically, the hymn could be sung during the twelve days after Christmas, as well as on Epiphany, the special Christian feast which celebrates the Wise Men bringing their special gifts and meeting the Holy Family.

What parts of Christ’s birth stories are special to me? How can I share those stories with others?

Prayer: Lord Jesus, thank You for the simple stories of the shepherds and the wise men which still affect us today. Help us to see ourselves like them so that we may seek and find You in our lives, too. In Your Holy Name, we pray. Amen.

Today’s image is one of John’s crayon drawings called ‘Born Unto Us.’ If you would like to view a larger version, please click here.

You can listen to this wonderful carol being sung by American Idol contestant David Archuleta on YouTube: