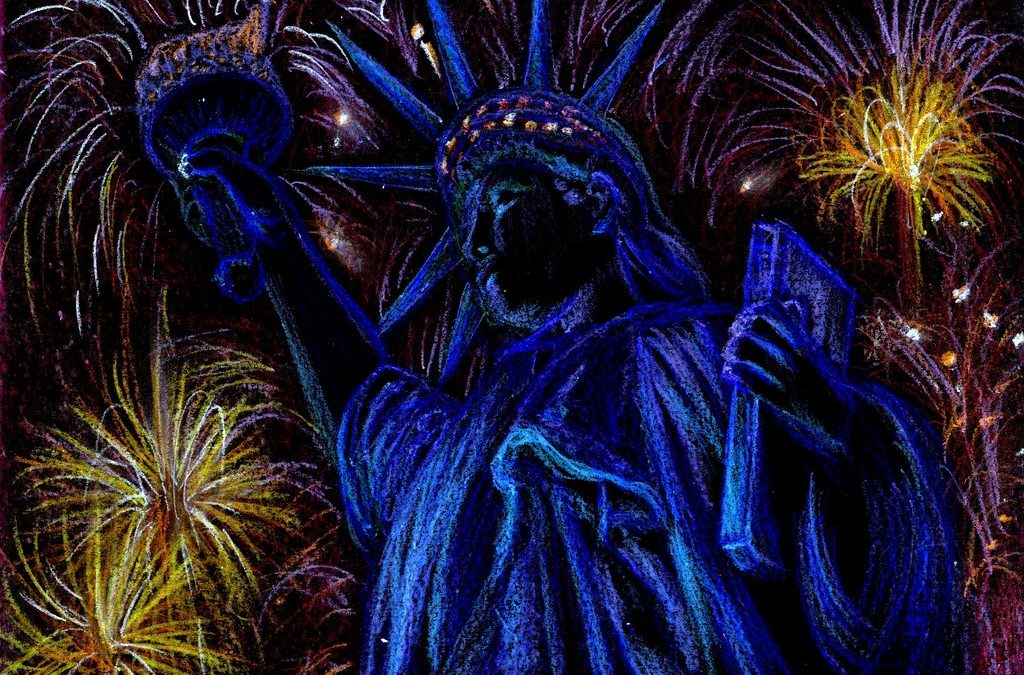 Acts 22:28 Then the commander said, “I had to pay a lot of money for my citizenship.”

“But I was born a citizen,” Paul replied. (NIV)

(Reading about Paul’s ancient rights as a Roman citizen in today’s passage stimulated these thoughts which I think need to be expressed, read, and pondered.)

Twenty-five years ago, our family came to Knoxville for a once-in-a-lifetime vacation. We had always wanted to see America, so when we were given the opportunity of swapping pulpits for six weeks with a pastor in South Knoxville, we jumped at the chance. Little did we know that God was moving in mysterious ways and turning our vacation into a lifelong vocation.

In 2002, Evelyn and I became naturalized citizens, and our daughters were granted this honor two years later. It was our way of saying, “thank you,” to the many people who had welcomed, befriended, and supported us at Erin church. It also gave us the wonderful privilege of being able to vote in national elections for the very first time, as well as living freely under the liberties granted to us by the Constitution. Even though we were not born here, our citizenship gave us the same rights as all who were.

Recently, though, those blessings seem to have changed and we wonder if we are now second-class citizens. Immigrant-citizens like us are now cautious about speaking out about injustice or criticizing government policies. We are inwardly fearful of expressing our right of free speech in case it interferes with our citizenship status; we are silent because our accents are a dead give away that we come from somewhere else other than the United States. This saddens me deeply because our family happily became citizens almost two decades ago. People like us are now afraid of being told to ‘go back to our own country’ simply because we may disagree with what’s happening in America today.

Last week, Evelyn and I were in Washington D.C. for a short trip. We visited all the wonderful places in and around that remarkable city – the Washington Monument, the Lincoln Memorial, the Capitol Building, Arlington Cemetery, Mount Vernon, and even stood outside the Whitehouse. We also went to the National Archive Museum to look at the actual Declaration of Independence, as well as Lincoln’s handwritten Emancipation Act. Those are sacred documents which every American citizen – born or naturalized – should see at least once in their lives. We both came away from seeing those manuscripts with a sense of awe, but also with a brand-new determinism to be patriotic Americans and speak out against injustice, corruption, and intolerance wherever and whenever we come across them. We are, after all, citizens of the United States and have equal rights to do this as real Americans, which is how God truly blesses America.

Point to ponder:  What rights of citizenship are most sacred to me? What rights from God are given to everyone?

Prayer: Lord Jesus, we are just pilgrims passing through this world until we reach Your Heavenly Realm. Remind us that we all belong to You, so we should treat one another with the same love and grace You personally grant to us. In Your Holy Name, we freely and faithfully pray. Amen.

John Stuart is the Scottish pastor of Erin Presbyterian Church in Knoxville, Tennessee. Come and join us for worship on Sundays at 11:00 AM. You will be made very welcome, no matter who you are or where you’re from. 😊

Today’s image is one of John’s patriotic drawings called “Liberty Lights.” If you would like to see a larger version, please click here.