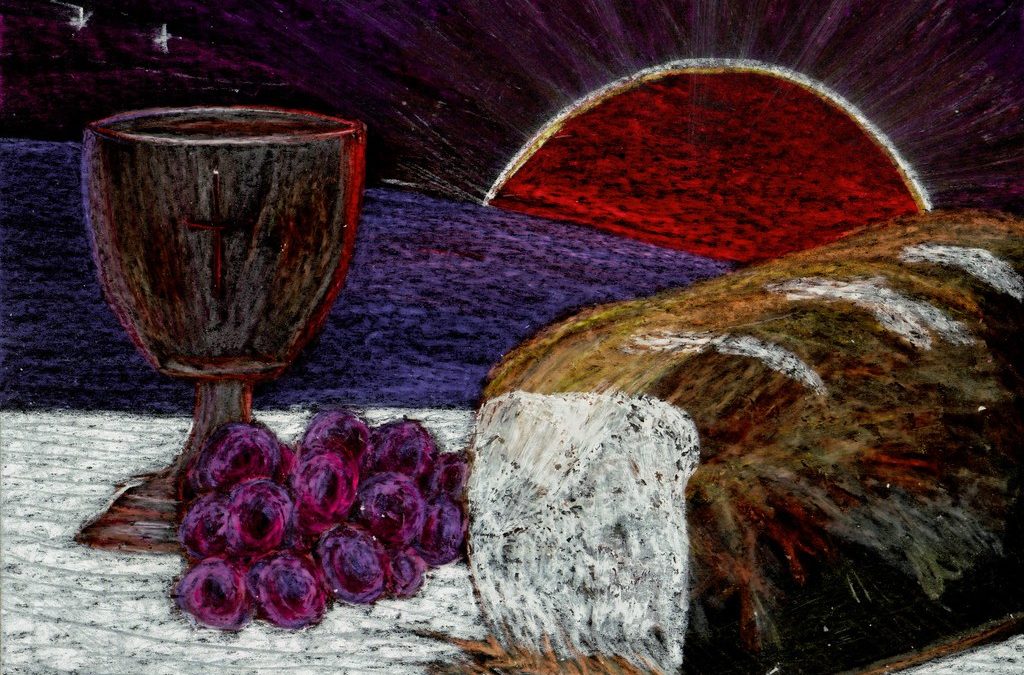 Acts 27:35-36 After he said this, he took some bread and gave thanks to God in front of them all. Then he broke it and began to eat. They were all encouraged and ate some food themselves. (NIV)

It was a desperate moment. The Roman galley that Paul was traveling to Rome in, was about to be shipwrecked. The soldiers, sailors, passengers, and prisoners were panicking and all hope seemed to be lost. In the midst of a terrifying storm with breakers all around them, no one thought they were going to survive.

Except for Paul. He knew that this was all part of God’s immense plan to bring the Gospel of Christ before the Emperor in Rome. He understood that his mission still needed to be completed. He could have taken his chances, jumped overboard, and perhaps survived in order to escape his captivity. Instead, Paul gathered the people on board together, broke some bread in front of them, and publicly gave thanks to God. He wanted to show them that the apostle’s faith in God was absolute and that they had nothing to fear.

It worked. The ship’s crew and all the others also ate some bread; perhaps, they too gave thanks to Paul’s God. Whatever they did, their survival was assured because Paul was completely confident that God would save them all.

Perhaps you’re going through an unsettling time or are currently experiencing some trouble. Maybe you’ve had bad news or been given unexpected health concerns. Perhaps a family member is struggling or you’ve recently been disappointed. Whatever your circumstances, make time to let God be part of what you are going through. Ask God for strength and support, as well as giving Him thanks for just allowing you to voice your concerns and raise your worries in prayer. You may also like to take some bread and break it quietly in His presence, allowing yourself to feel His peace in your mind, heart, body, and soul. It works – just ask the apostle Paul. 😊

Point to ponder:  Do I need God’s help today? Am I willing to ask Him for what I need?

Prayer: Lord Jesus, break bread with us today, so we may know that You are with us. Guide us through our present situations and enable us to retain our faith and hope in Your everlasting love. In Your Holy Name, we pray. Amen.

Today’s image is one of John’s Communion drawings called “New Day.” If you would like to view a larger version, please click here.