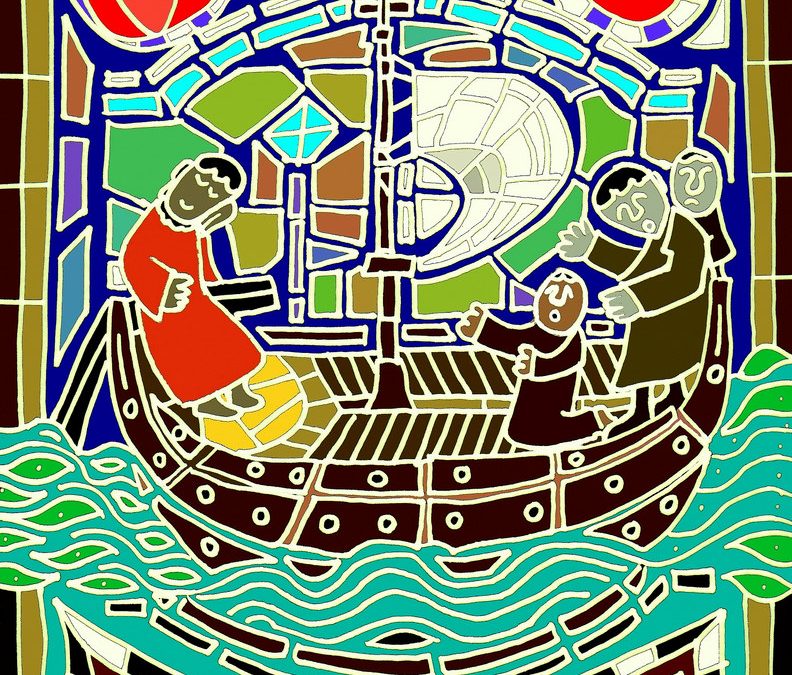 Mark 6:50  “They all saw him and were terrified. Immediately Jesus spoke to them and said, “Take courage! It is I. Don’t be afraid.”

There’s a lot of fear and uncertainty in our world today. You can hardly pick up a newspaper without reading about terrorist bombs, gas attacks, and civilian deaths all over the globe. For those of us who were born in the 20th century, we felt that the 21st century was going to be a wonderful time to be born and live, experience and know. Unfortunately, the brutality and inhumanity of man have been carried over into this new millennium. The clean sheet and new start we were given in 2000 has been contaminated with cruelty and stained with sin. We are our own worst enemies who, instead of shaping the future for the benefit of humanity, we mangle it with our hands.

In the midst of a life-threatening storm, the twelve disciples thought that they were all going to drown. They couldn’t keep their boat afloat and the boiling waves kept battering against their vessel. They were in the midst of a hopeless situation and even though all of them strained to row the oars, the wind was totally against them.

And then Jesus appeared, walking on the water. At first, they thought He was a ghost, a phantom, or even a demon come to torment them. But then Christ speaks those beautiful words which instantly reassured them: “Take courage! It is I. Don’t be afraid.” As He stepped onto the boat, the wind and waves died down and everything was calm again.

In the midst of a baffling and brutal world, Christ’s Church and all of His people need to rely on His words and share them with the rest of humanity. Tensions may rise and storms of hatred may threaten our way of life, but Christ’s Spirit still walks among us, so we as Christians, more than any other group in the world, should hold on to the hope He offers humanity and share His peace, which can pacify the people of this planet. The beautiful boat we are in is called ‘Earth’ and the One who can save it is Jesus.

When I worry about current events, what do I pray?

Prayer: Lord Jesus, come among us and bless us with Your peaceful presence. Diminish the wickedness that damages our planet and help us to share Your hope in our community and around the world. In Your Holy Name, we humbly pray. Amen.

Today’s image is one of John’s stained glass designs of Christ calming the storm. If you would like to view a larger version, please click here.