DEVOTIONS – ON THIS DAY 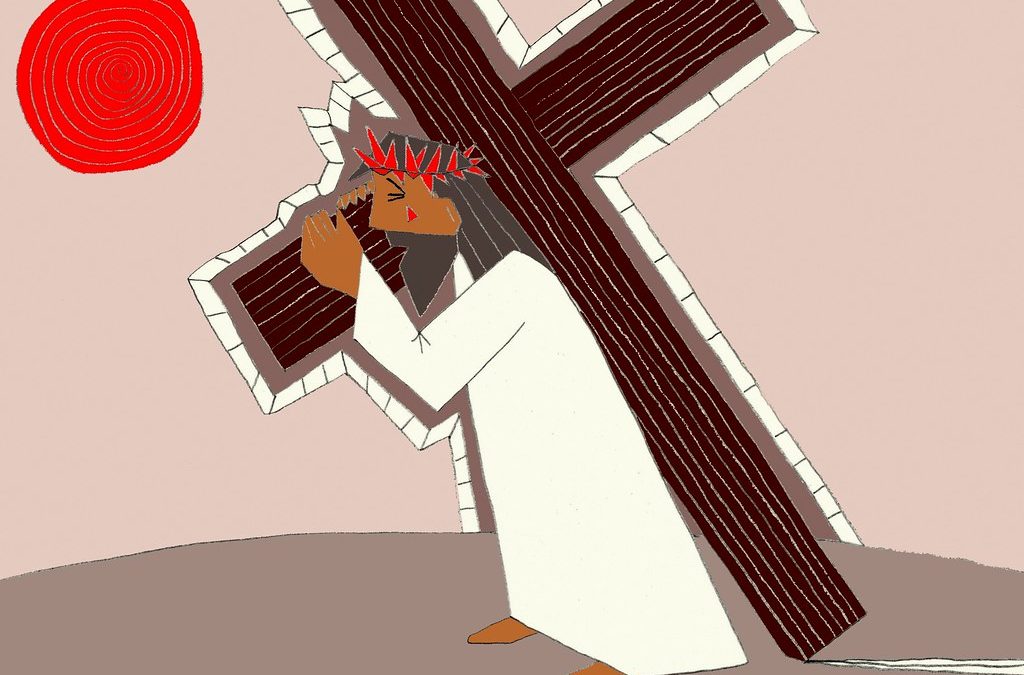 Romans 5:17  “For if, by the trespass of the one man, death reigned through that one man, how much more will those who receive God’s abundant provision of grace and of the gift of righteousness reign in life through the one man, Jesus Christ!” (NIV)

Today is Good Friday, one of the most sacred days of the year on the Christian calendar. It’s the time that we remember the last agonizing hours of Jesus on the Cross at Calvary. His ministry was completed and all of God’s promises were fulfilled by His unjust and untimely death. As Christ painfully suffered and felt His unique life ebb away, He fully experienced the human conditions of loneliness and mortality. Despair tried to cheat Him of His faith and death attempted to claim Him forever, but even though He went through that dark tunnel of desolation, He still clung to His Heavenly Father’s love so that in the end, Jesus committed His spirit into God’s hands.

At that terrible moment when He died, it must have appeared to those few followers around Him as if the world was totally forsaken by God and that Christ’s life had been extinguished by forces must stronger than Himself. His enemies gloated over His death and felt that His teaching had been totally discredited. They believed that they were fully exonerated and completely justified in their collusion to kill Jesus. In their eyes, He deserved to suffer humiliation and painfully die because Christ had dared to challenge both the political and religious leaders of His time.

But in God’s eyes, a far more mysterious and dynamic event was taking place. Christ was reconciling the world back to God. All of Creation had been tainted by human sin; it was now time to set everything right and to restore humanity to the grace of God. One man had foolishly caused a sinful separation from God; one man now faithfully repaired that baneful breach. In the midst of death, life was restored; in the time of darkness, true light was revealed.

Whoever you are and wherever you go, please know that on this Day of all days, You are totally forgiven of the past, completed reconnected to Christ, and eternally reunited to God’s heart, both now and forever.

Point to ponder:  What does Good Friday mean to me? How may I share its blessing with others?

Prayer: Lord Jesus, You did not deserve to die, but You chose to sacrifice Yourself so that we could be offered eternal peace with God. We do not deserve this gift, but Your mercy and grace allow us to embraced and accepted by our Heavenly Father. Thank You for our complete restoration. In Your Holy Name, we gratefully pray. Amen.

Today’s image is John’s latest Good Friday drawing called ‘Sin Bearer.’ If you would like to view a larger version, please click here.