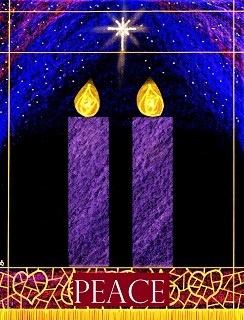 Psalm 112:6 Surely the righteous will never be shaken; they will be remembered forever. (NIV)

Today is Pearl Harbor Day. Like most folks, I cannot believe that it’s been eighty years since the terrible events of that day occurred. I’ve seen photographs, newsreels, and even some movies of the horrendous attack. I’ve read different articles, posts, and historical accounts of that day of infamy, but I’ve never actually felt the shock or terror which our people must have experienced, nor the trauma that the Hawaiian islanders must have known. How anyone recovered from such a terrifying event is mystifying; how our nation managed to overcome this unannounced outbreak of the war is astonishing.

When I reflect on this day, I remember an amazing person called Eleanor, who was a young girl in Hawaii at that time, and who saw first-hand the tragic event. At first, no one knew what was happening, but eventually folks like Eleanor realized they were experiencing a deadly and vicious attack. How her large family survived in the following days deeply impacted her, giving her courage and determination which would be with her for the rest of her long life.

Eleanor and her family survived the war, and she was determined to go to college on the US mainland. She gained entrance into a distinguished Presbyterian College – Tusculum – which is here in Greenville, East Tennessee. As well as graduating, she also met the love of her life, Hugh – a local young man who fell in love with Eleanor at first sight. They both had a long and remarkable marriage, bringing up their own family, and accomplishing great things with their lives which included travelling to many places around the world.

Eleanor’s grit and determination enabled her to overcome a severe stroke and, with Hugh constantly at her side, she strove to do as much with her life as she possibly could. When Hugh passed away a couple of years ago, Eleanor’s family lovingly took care of her, but she still had a great interest in life, as well as a deep and abiding Christian faith. Earlier this year, Eleanor graduated once again, this time leaving the surly bonds of Earth to touch the face of God.

So, today, I’ll commemorate Pearl Harbor, but I’ll also fondly remember a very clever and accomplished woman who never forgot what she witnessed during that tragic day, but who also overcame its aftermath.

May we all find such strength, determination, and faith in our own lives.

Prayer: Lord God, be with our people today, especially with the World War Two generation whose courage and determination enabled them to overcome one of the most fearful times in our history. May Your presence comfort them this day. In Christ’s Name, we pray. Amen.