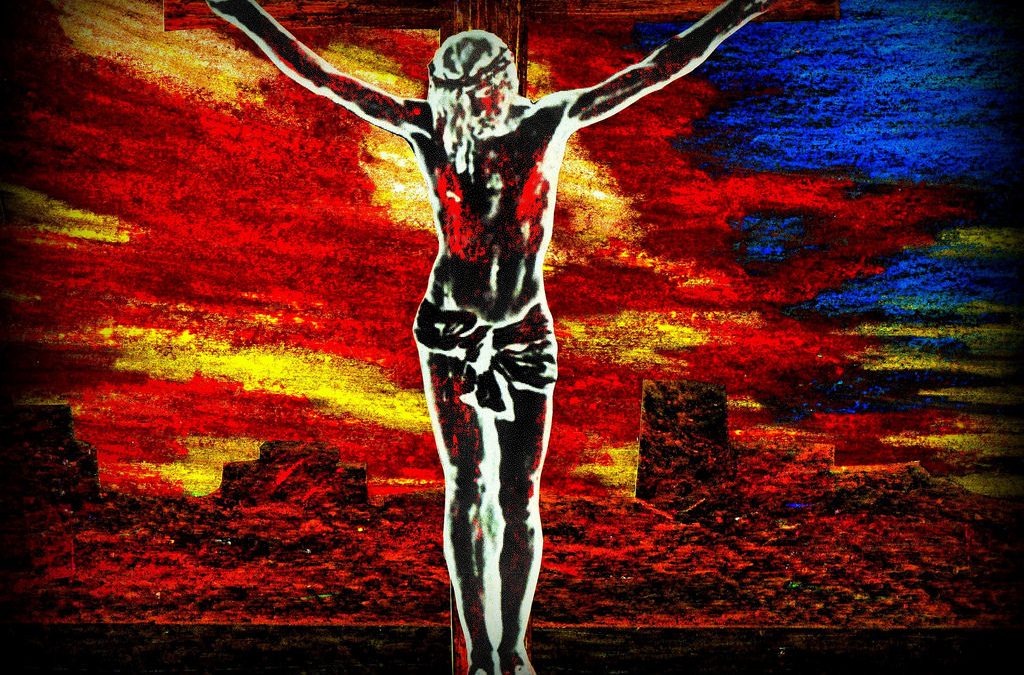 Some historians believe it was called ‘The King’s Game.’ Before important prisoners were crucified, the Roman guards would abuse the condemned person and add to his misery by performing a cruel and brutal pageant of mockery and shame. The victim was dressed up as a king of the local region before whom the soldiers would mockingly bow and then beat the person senseless. They did this to disgrace the condemned person and to satisfy their own sadistic nature. Instead of giving their victim a last meal, they made his final hours one of cruelty and despair. The guards robbed him of any final chance of dignity or comfort. It was a wicked and atrocious way to die.

Even today, these things still happen to prisoners of war and political detainees. We may sadly remember the degradation, torture, and abuse that our own troops carried out against prisoners at Abu Ghraib in Iraq, just over ten years ago. Many of us were appalled when we saw the inhuman indignities that were carried out against powerless prisoners. It brought shame to our country and was strongly condemned by other nations around the world. It reminded me that no matter how sophisticated our weapons have become or how smart we train our military, helpless people can still be wickedly abused because of the vile and base nature of those with power.

When I read about what Jesus endured before His crucifixion, I am appalled by the brutality and often weep at the wickedness. I wonder what Jesus must have been feeling inside of Himself because the very people who were mocking and assaulting Him were the exact same ones He came to die for. As each painful second passed, I ask myself, “How did He do it?” I know why He did it – He did it for me and you and them – I just don’t know how He managed to endure it all for my soul’s sake and the world.

What do I feel when I read about Christ’s unjust injuries and degradation? Am I truly grateful for all that He endured?

Prayer: Lord Jesus, You suffered for our sake and yet we still take You for granted. You purchased our salvation with every bruise and wound You received. We can never repay the debt we owe You; we can only wonder at Your courage and cling to Your grace. In Your Holy Name, we humbly pray. Amen

Today’s image is one of John’s Good Friday drawings. It is called ‘Killer of Prophets.’ If you would like to view a larger version, click here.