DEVOTIONS – THE COURAGE TO LOVE 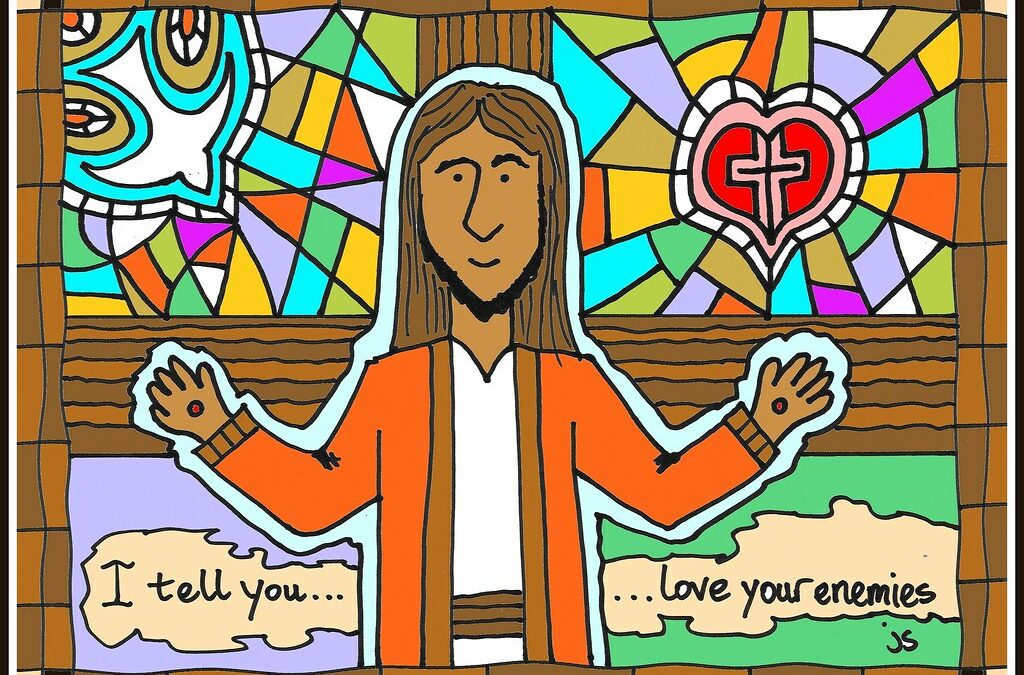 1 Corinthians 16:13 Be on your guard; stand firm in the faith; be courageous; be strong. (NIV)

The Apostle Paul totally understood the precarious times that he was living in. The new fledgling faith of Christianity was beginning flourish across the Mediterranean and as more believers gathered together, both the local and imperial forces began to take notice of these small churches. Paul was gravely concerned that the new members of the faith would be blind-sided by religious foes and hostile authorities. He, therefore, signed off his first letter to the Christians in Corinth with these cautionary words:

‘Be on your guard; stand firm in the faith; be courageous; be strong.’

Paul wasn’t asking the Corinthian believers to do something that he hadn’t already practiced. He knew he was a marked man and that his zeal for the Lord created many conflicts in his daily life. He boldly preached the Gospel of Christ and stood firm in his faith. It caused a lot of trouble and issues for Paul, but he would not give in to the pressure. This eventually cost him his life, but it was supremely important to him to stand up for what was true and be courageous in the face of hostility. As we know, for a long time, Paul confronted his foes, both within and outside of the church. He did not do anything to be popular; he taught what God laid on his heart and fulfilled all that Christ called him to do.

Christianity has always had to wrestle with what is popular and acceptable, no matter which nation, society, or civilization it encountered. Christians are meant to have the courage to stand against evil and face down bullying, oppression, or tyranny. When our faith neglects to do this, it not only falters, it actually fails. This means that we need to be not just aware of our moral responsibilities in the face of falsehood, we need to be on our guard against scurrilous systems and immoral authorities that manipulate people in order to protect their own interests and repressive agendas.

Paul did not end his words of caution there. He also added this to his message in the very next verse of his letter: ‘Do everything in love.’ In other words, he did not expect his brothers and sisters in Christ to fiercely or violently face their opponents and oppressors. Like Jesus, Paul asked them to do this in a loving manner. Evil, oppression, and tyranny had to be confronted, but it could only be persuaded of wrong in a loving way. This, in fact, was how the small fledgling faith overcame the mighty Roman Empire – it loved its way into the hearts and minds of the people, leaders, and imperial structure.

Perhaps you are going through some turmoil in your life or maybe you’re weary with the conflicts that are going on all around us. Perhaps you feel like giving up and just surrendering to popularism or polarization. The easy thing to do would be to give as good as we get and fight with might that proves we’re right. However, the Christian thing would be to courageously and lovingly face our foes in order to effectively display and present Christ in any situation, circumstance, or conflict. It won’t be easy for any of us, including me, and certainly won’t be popular, but it will truly be what Jesus expects of His followers – to let His love win over people.

Point to ponder:  Do I have the courage to use love to prevail against those who offend or upset me? Am I willing to let Jesus win?

Prayer: Lord Jesus, help us in our conflicts and confrontations to overcome the issues with Your love. Grant us the courage to practice our faith in honest and compassionate ways. In Your Holy Name, we humbly pray. Amen.

Today’s drawing is one of John’s bulletin cover images called “Love Your Enemies.” If you would like to view a larger version, click here.