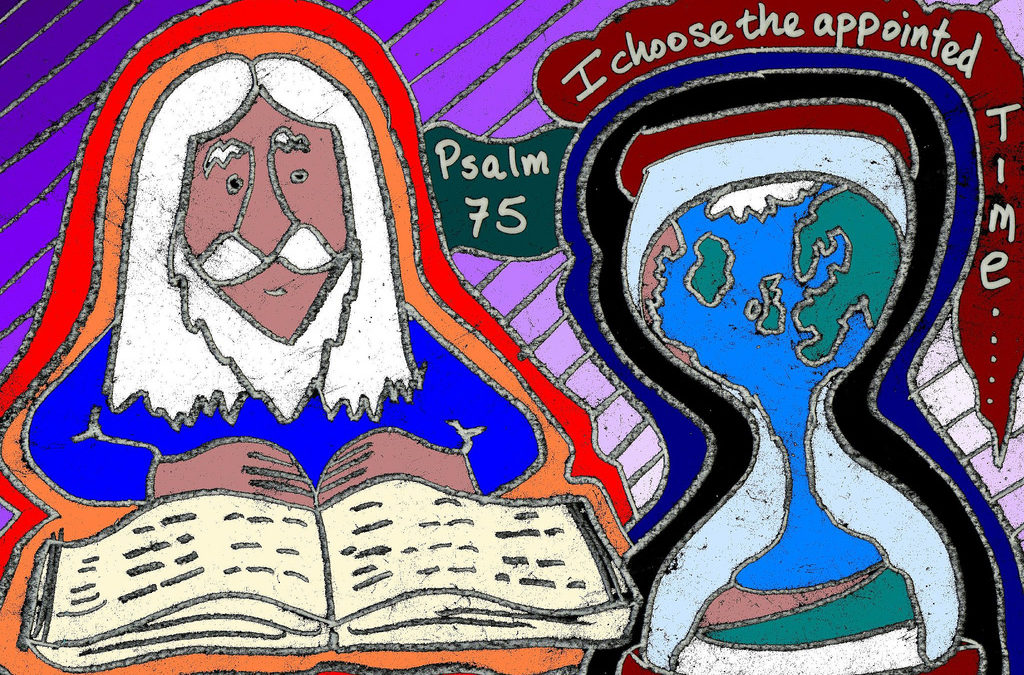 Revelation 5:6 Then I saw a Lamb, looking as if it had been slain, standing at the center of the throne, encircled by the four living creatures and the elders. The Lamb had seven horns and seven eyes, which are the seven spirits of God sent out into all the Earth. (NIV)

I had a really weird dream last night. I was trying to escape from a high-rise building, but the elevator wasn’t working, so I scampered down the stairs as fast as I could. At some point, I went through a door and ended up in a coffee house which was full of people from the 1930s. It turned out to be set in Austria, but don’t ask me how I knew this – I’ve never been there in my life. Anyway, the color in my dream faded to monochrome and as I watched everyone in the café go about their business, conversations, and meals, I realized that I was the only one who knew about the coming World War which would tragically affect all of them. Just as I was about to warn them of the future, I woke up in a cold sweat. Who knows what would have happened if I slept longer.

Some people say that dreams are supposed to be metaphysical ways in which the brain processes current issues and personal problems. I have no earthly idea what my dream was about or what troubles it was meant to resolve. I’m more inclined to think it was due to the dark chocolate that I ate before sleeping – at least, that’s what I’m telling myself.

Every time I read the Book of Revelation, I get intrigued by the fantastic descriptions and enigmatic symbols that the Apostle John dreamed and wrote about. Some of them I understand, but others are so mysterious that I have no way of knowing completely what they represent. Today’s passage has always puzzled me and even though I accept that the Slain Lamb is symbolic of Christ, I just can’t fully fathom the seven horns, seven eyes, and seven spirits stuff. Biblical scholars have argued over the symbolism ever since John wrote down his great dream. I know that he was writing in some sort of code which his contemporaries understood, but honestly, some of it is totally lost on me.

However, despite my puzzlement, I get the thrust of the passage. Jesus, through His sacrificial death, is the only One worthy enough to open the great seals which will usher in the end of the world as we know it. It is His right to do so because He has now been given the complete authority to judge the whole Earth. On that special and solemn day, we will all get to know the answer to these mysterious things. This means that the Church’s primary role today is to prepare our people for that crucial moment in which everything will be changed, including ourselves, forever.

Point to ponder:  Am I prepared for the judgment that is yet to come? How is my church helping me get ready for that inevitable and unavoidable moment in Eternity?

Prayer: Lord Jesus, there are things about You that we do not fully understand. Help us to see You as the Sovereign of the universe, the Lord of all creation, and the King of our lives. In Your Holy Name, we humbly pray. Amen.

Today’s image is one of John’s early psalm drawings based on Psalm 75. If you would like to view a larger version, click here.